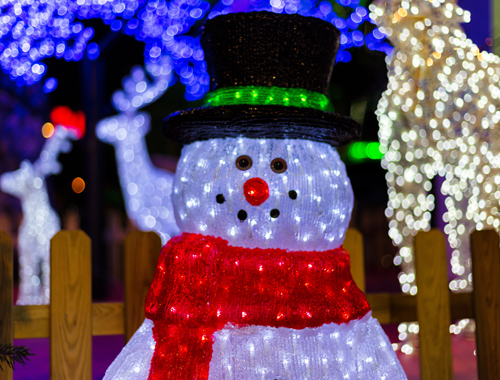 10 Dec Have a Bright, Efficient Holiday with LED Lights 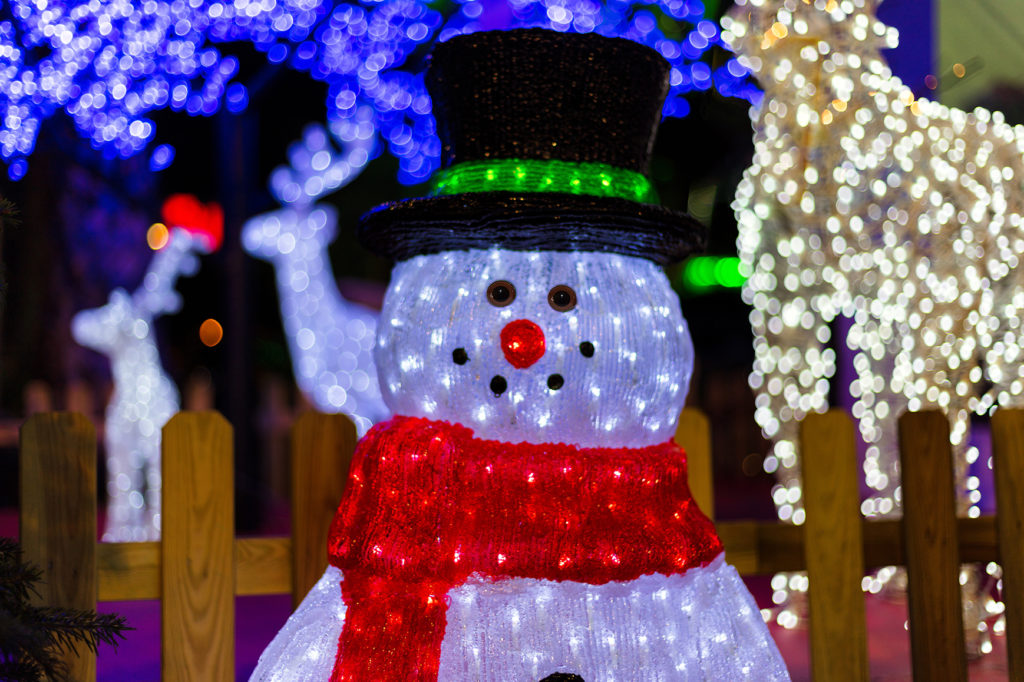 The holiday season seems to come earlier and earlier each year. In fact, this year we started to see holiday displays pop up in stores while we were still finishing the candy from Halloween. With household decorations being such a big part of gearing up for the holidays, it is important to consider the impact of your purchases as you stock up for the season. Specifically, take a look at your decorative string lights. Are you going to pick up another string of incandescent lights that will most likely break before the next holiday season? Hopefully the answer is no. While many people have made the switch to LED string lights, there are still incandescent string lights that are lingering around like ghosts of Christmases past. Let’s dig into some of the reasons why we should fully make the switch to LEDs.

Why does it matter?

The most obvious benefit to using LED string lights is the energy savings that they can provide. According to NASA, satellite images of the United States appear brighter from around Black Friday through New Year’s Day. Their 2012-2013 research showed that the overall light intensity of select cities in the United States increased by 30 to 50 percent during this season in suburban areas and by 20 to 30 percent in urban areas. This light intensity data is interesting as energy consumption is such a significant contributor to greenhouse gas emissions. As the number of hung string lights increases around the neighborhood after Thanksgiving, we can expect our footprint to increase as well.

According to ENERGY STAR, LED strings use approximately 75% less energy than incandescent strings. They expand on that by saying if all decorative string lights sold in the United States were ENERGY STAR certified, 9.9 billion pounds of annual greenhouse gas emission would be prevented. This is equivalent to taking 940,000 vehicles off of the road. And if that isn’t enough, the ENERGY STAR certification signifies more than just efficiency. ENERGY STAR certified products have to meet lifetime and electrical requirements which should help you with your decision-making process when looking for Christmas decorations that will last through the years.

Beyond being environmentally friendly…

No matter what style of holiday lights you prefer, there are LED options that offer impressive energy and dollar savings for your household. According to the US Department of Energy, operating a six-foot tree for 12 hours a day could cost $10.00 with big, retro-style incandescent C-9 lights and $2.74 with Incandescent mini-lights, while it would only cost $0.27 with LED C-9 lights and $0.82 with LED mini lights.

As you can see, the collective benefit of LEDs is significant. Beyond being energy efficient and cost effective, LED decorative string lights are safer, sturdier, easier to install, and longer lasting than their incandescent competitors. Even if you have a string of incandescent lights laying around, do yourself a favor and make the switch.