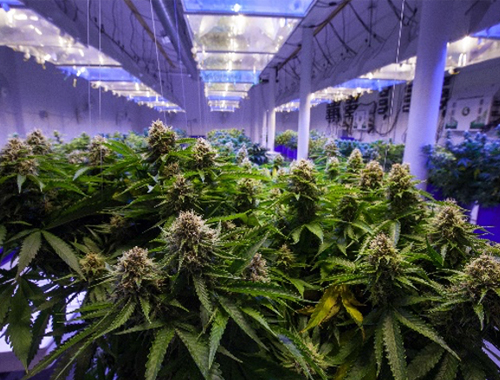 Cannabis and Microgrids: The Perfect Union?

Microgrids. Everyone is talking about them, and why shouldn’t they? We are seeing the impact of harsh weather on our grids, leading to anything from brownouts to wildfires. Utilities have begun the necessary steps to strengthen their grids, but we are still years away from true grid resiliency. For this reason, microgrids are a key component in helping customers stay operational. In fact, in Southern California Edison’s most recent whitepaper “Reimagining the Grid,” one of the situational abilities that is critical to the grid is “islanding and reconfigurability,” which is described as “control and operation of interconnected loads and distributed energy resources (DERs) independently from bulk power system, dynamically adapting electrical boundaries (e.g., microgrids) to optimize economic performance and reliability.”[1] The utilization of microgrids is beginning to grow in the US. According to new research from Wood Mackenzie released in July 2020 [2], 546 were installed in 2019, and 129 installed as of the report date, despite the pandemic. This is much larger compared to 2013, where only 138 systems were installed (most of them basic). In addition, 2019 saw a much larger majority of advanced microgrids being installed as opposed to basic.

Before we go any further, we should discuss what we mean exactly by a microgrid. When we talk about microgrids, we are talking about a relatively small, controllable power system. This type of system can run on fossil fuels, such as combined heat and power or generators, but more and more we are starting to see renewables and storage as the main source of electricity for microgrids, with Wood Mackenzie estimating 35% of microgrids relying on renewable energy and storage by 2025. The main purpose of microgrids is to give those served by it the ability to operate independently of a utility’s main grid (macrogrid). This capability is especially important for customers that are prone to acute events such as wildfires, flooding, mudslides, storms, and wind gusts and chronic stressors such as extreme temperatures, heavier rainfall, drought, and sea level rise.

That brings us to cannabis. Currently, 15 states, two territories, and Washington D.C., have legalized cannabis for recreational use, while 34 states and two more territories allow medical marijuana [3]. It appears that cannabis being federally legalized is on the horizon and with it the need for utilities to be prepared for the increase in energy brought by cannabis growers. In fact, the 2018 Cannabis Energy Report, published by New Frontier Data and co-authored by Resource Innovation Institute and Scale Microgrid Solutions, estimates that the energy usage of cannabis growers could increase from a national energy usage of 1.1 million MWh in 2017 to 2.8 million MWh by 2022 for legal production. In addition, illicit production within the United States also adds approximately 3.1 million MWh each year, although it is expected to remain relatively stagnant until 2022. That being said, these numbers are something that the utility should take into account as legalization continues to include more and more states.

Microgrids allow growers to operate independently of a utility and focus on getting operations up to speed while waiting for interconnection. They can also provide growers with insurance that they will not lose any product due to loss of power. Typically, microgrids are sized to cover 65% of facility usage, after which point, cost can become more and more of a factor in the decision to implement a microgrid [4]. However, even at 65%, a grower will be able to cover vital processes necessary for operation until the grid is back online or they are interconnected with a utility. The other benefit of a microgrid is it can help offset energy usage during a normal day of operation leading to increased energy and cost savings.

Utilities may be asking what benefits there are for them when it comes to a microgrid for a cannabis grower. There is one big reason, and it will be discussed below.

It is also important that utilities start to get involved with educating growers on microgrids because of GHG emissions and the general direction the U.S. is moving toward. If growers are not aware that they can implement renewables and storage for a reasonable price, they will default to fossil fuel using sources of energy (combined heat and power, diesel generators, etc.). This will add even more emissions and make it that much more difficult to reach energy goals when it comes to GHG emissions.

So, what should be done to help both utilities and growers benefit from a microgrid? Incentives should be given to growers to encourage them to install microgrids that utilize renewable energy and storage instead of generation using fossil fuels. At the end of the day, a microgrid is a solution that helps cannabis growers save energy in an environmentally conscious way while ensuring their operation will not be affected during utility outages.

We use cookies to ensure that we give you the best experience on our website. If you continue to use this site we will assume that you are happy with it.OkPrivacy policy