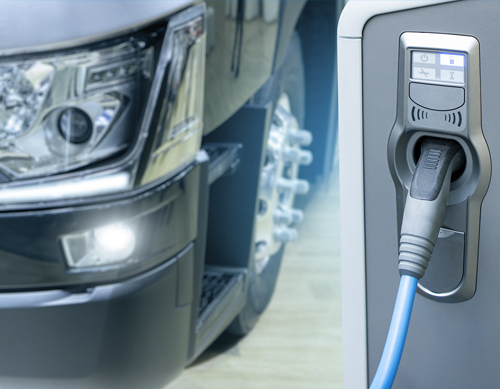 11 Nov Are Electric Trucks Coming to your State?

Posted at 11:11h in Blog, Electric Vehicles by melina

Americans make a statement with the vehicles that they drive. If you drive across the United States, you sense the personality of a place based on the types of vehicles that dominate the road. Nothing speaks to this more than the pickup truck. Some people drive pickups for work, some drive them for the functionality they provide, and some drive them for style. No matter what the reason is, it is clear that Americans can’t get enough of their trucks, especially in less densely populated areas.

Will the same Americans fall in love with electric trucks? In the near future, we will see the first all-electric pickup trucks entering the new car market: the Ford F-150 Lightning, Rivian R1T, Hummer EV Pickup, and the Tesla Cybertruck all have release dates set for late 2021 or 2022. Who will buy them? Which utilities will provide power for these vehicles? Will this affect rural utilities and cooperatives?

At the national level, pickups are very popular and are only becoming more so. Pickups account for about 20% of the new car market in the US making them the second most common vehicle type behind crossover vehicles. The states that have the highest market share of new pickups are North Dakota and Wyoming, closely followed by Montana and South Dakota. As illustrated in the graph below, the middle of the country is, for the most part, where pickups dominate the new car market.

Image 1. Data from Experian – new vehicle registration in Q1 2019 – pickups. This graph includes states with the highest statewide market shares of pickups in the country.

In terms of model popularity, the Ford F series has been America’s bestselling truck for the last 44 years, making the launch of the 2022 Ford F-150 Lightning a hopeful sign for those looking to electrify the pickup truck market. Not only that, but Ford has seen strong early demand  for their electric truck, especially from commercial customers, and is doubling their 2024 targeted production from 40,000 vehicles to 80,000 vehicles. Tesla has also seen a strong early demand with an estimated 1.2 million reservations for their Cybertruck, according to a crowdsourced tracker. But who is reserving these vehicles? This data has not been released by manufacturers, so we looked to Google Trends to see where people are searching for information about electric trucks.

Who is searching for information about electric trucks?

The graph below shows the popularity of the search terms “electric truck” vs “electric car” across the United States from October 1st, 2018 to October 1st, 2021. While the term “electric car” was a more popular search term overall, there were states where electric trucks generated more buzz than others in terms of proportion of total searches in the state. Many of these states are among the most rural in the country, they have some of the highest market shares of internal combustion engine (ICE) pickups, and they have some of the lowest EV registration numbers. 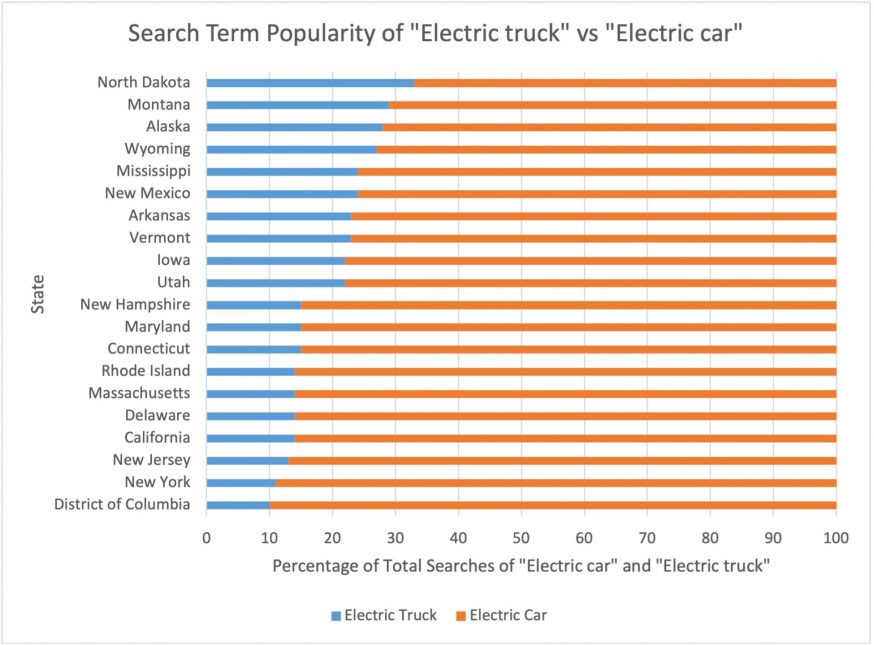 Image 2. Data from Google Trends – Google Trends data is aggregated and anonymous. Search term popularity of “Electric truck” vs “Electric car” by state from October 2018 to October 2021. Percentages calculated out of searches for the two terms. Data is normalized to compare relative popularity between states.

According to this data, people more commonly searching for information about electric trucks in some of the most rural states in the country: Vermont (#2), Mississippi (#4), Montana (#5), Arkansas (#6), North Dakota (#10), Iowa (#12), Wyoming (#13), and Alaska (#14). Pickups already dominate the roadways in places like North Dakota, Wyoming, Montana, Alaska, Iowa, and Arkansas, and the data suggests that we could see some of these being replaced by electric alternatives in the near future.

Places that have higher proportions of people searching for information about electric trucks compared to electric cars currently have some of the lowest EV registration numbers in the country. Using North Dakota and Montana as examples, these states currently have low EV registration numbers compared to other states. In fact, North Dakota has the lowest number of registered EVs in the country (220) which makes up about 0.02% of the total registered vehicles in the state according to data from their department of transportation. Montana has 940 registered EVs making up about 0.04% of the total number of vehicles in the state according to data from the Montana Department of Justice. To put this into perspective, California (which contains around 42% of all of the EVs in the country) has about 1.2% of its total registered vehicles that are EVs. Electric trucks could be an EV option that people living in rural areas are finally excited about and electric utilities should have this consumer demand on their radars. Relative to electric cars, electric pickups are going to need a lot of power to tow, haul, drive long distances, etc. meaning there will be increased load on the grid wherever these vehicles land.

Want to hear more about what we’re learning? Subscribe for updates below and follow us on social media!